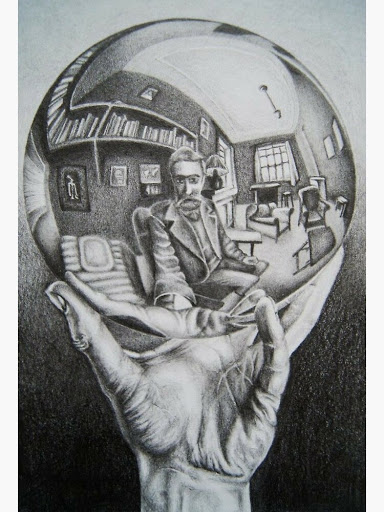 We architects design and construct buildings designed to live in. Looking for the meaning of the word “living” a few days ago, I happened to read an in-depth analysis of an essay by Heidegger (Building, living, thinking) published by Giuliano Antonello on his blog. I found it very interesting and current, and being an architect dealing with places of living for years, I felt a need to share the highlights.

Man is the only one who inhabits the world. To say it with Heidegger, the principle of living belongs only to man. In ancient German, the meaning of building, living and being have the same root. Bauen (building), Buan (living, staying), and Bin (I am). Building is already living and living is the way of being of man in the world. (We also think of the meaning of Bauhaus as “house of construction”)

So there is a fundamental relationship between building and living, a deep and inseparable relationship: living is not a function but the state of identification of being a man on earth. Always referring to ancient German, Heidegger associates living with the concept of contentment and peace. Wohnen (living) derived from the Saxon term ‘wuon’ and the Gothic term ‘wunian’ which means ‘to stay on’, and ‘to remain” then are terms related to a principle of contentment, peace, well-being.

It is the man who inhabits the earth as the divine inhabits the heaven. From the composition of the inhabitants with places comes what he calls the Quadrature. And again, living means taking care of places and its inhabitants: a concept to express that you live when you have an essential and respectful relationship, not instrumental and of consumption / use. A modern concept of sustainability is linked to the ethical principle of living in the world. Therefore, if living is taking care of the thing, the thing cannot be an object in itself, and so living is, in this sense, a building.

I find this analysis very interesting, which links somewhat with dominant consumerist thinking and replacing one ‘thing’ with a newer one. The dynamic real estate market in cities like London where the home is transient, subject to a speculative approach in order to obtain monetisation linked to an equity. The house in the current market is basically brick.

Instead, Heidegger’s vision is modern. He also claims that building and living determine a place. A building is a place as well as a location and it is also the void left to build a building, which gives it space. Once again Heidegger refers to ancient German indicating that Raum (space) signified a place made that was cleared for the settlement. Place and space are concepts linked together and give way to the hosted ‘thing’ to define itself. The place therefore, in the sense of building, is a building in which the place and space relate to human habitation.

The final analysis between place and space, and between man and space is poignant. A very clear example would be of a bridge connecting two parts of the river: it defines a space that otherwise could not exist and could not be perceived. So it is the place that gives space. Man, and space “always come together”. Man taking care of things is always close to things even if not always by physical means. Taking care of things, he takes them with him in his mind, even when he is far away. The case of the bridge is symbolic as those who take care of it live through it even more than those who use it to which the bridge hides in its daily use. We think of the concept of approximation to the thing not directly related to a physical distance. It indeed seems a very current concept in the period of social distance.

And finally.
To build is to be understood as an act of universal and essential production, not aimed at the thing to use (object), but at a verbal signification. We need to rediscover the ability to live. This is certainly a modern concept and in line with current changes: Heidegger did not know Covid, but he knew the words and the meaning.

To summarise with a completely personal conclusion: in a historical phase of overdose, excess, obsession, redundancy of information, it is necessary to regain an adequate use of words to find the true essence of being a man, an inhabitant.

How Covid-19 could change our cities

Why to invest in East of Sicily.